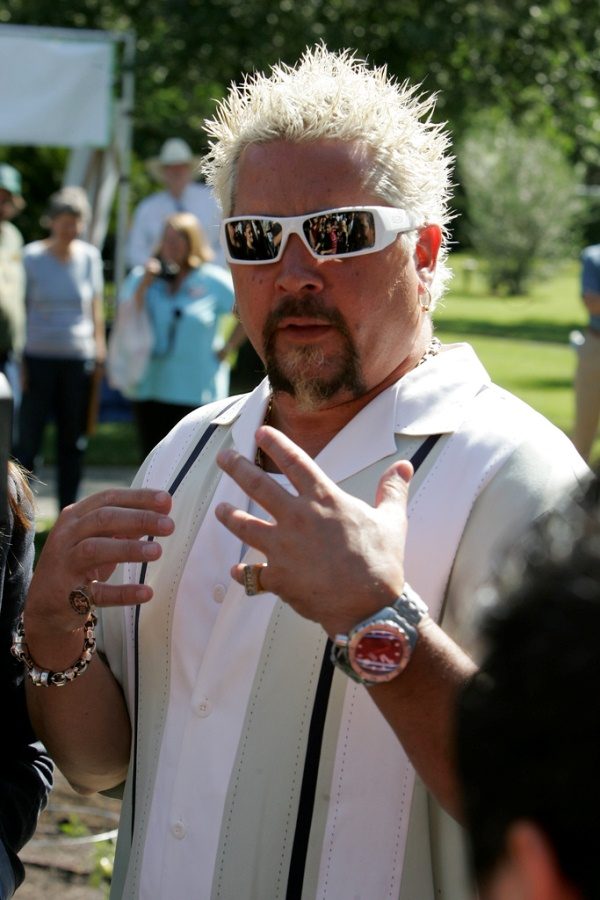 His first job, when he was 10 years old, was operating his own pretzel cart.

He went on to the University of Nevada, Las Vegas, according to biography.com, and after “worked as a restaurant manager, then started his own restaurant with a partner in 1996.”

He started his TV career after he won the Next Food Network Star competition in April 2006.

He has been the host of many food shows, including Guy’s Grocery Games, Guy’s Big Bite, and my personal favorite, Diners, Drive-Ins and Dives!

The reason I love his shows is he is so funny!

In one Diners, Drive-Ins and Dives episode, he went to a restaurant called Forte European Tapas Bar & Bistro. His camera team decided to pull a huge prank by telling him the owners didn’t speak English. Because of the supposed language barrier the owner’s daughter was doing the food demo, while the father faked being mad that he wasn’t doing it. Guy’s man Neil went into the other room as if to placate the dad (not actually), then came back to end the joke. Guy’s face was priceless as he was putting a price on the crew’s heads: “You’re dead, you’re dead”!

I was dying with laughter.

He made cooking fun for me. If I’m lucky, when I’m older he might come to my bakery!

One last mention: A few years ago when I was walking to the park at Walt Disney World at Hollywood Studios, I thought I saw him.

But was it a look-alike? Or could it really have been him?