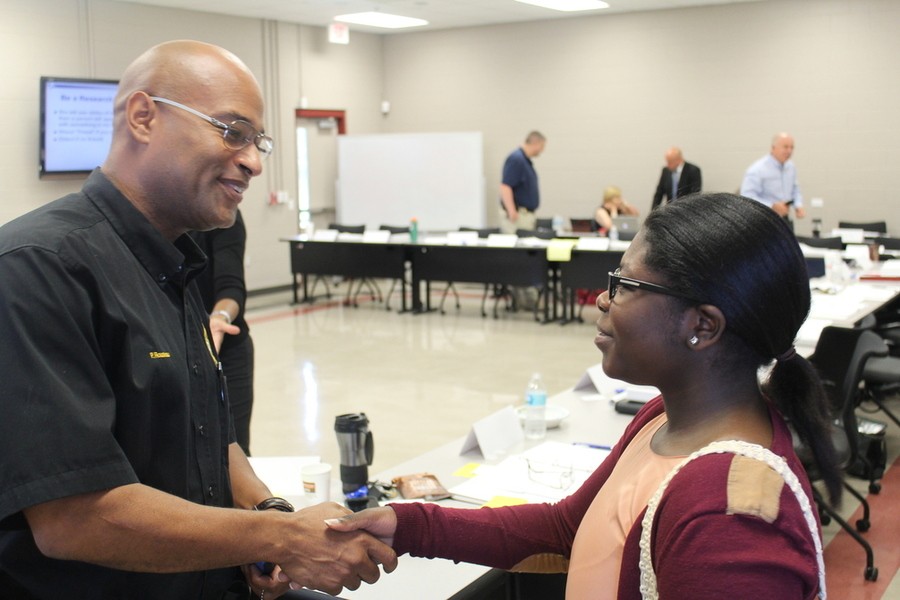 The names, the places and the videos have cast a shadow over law enforcement in America:

To help combat some of the real or perceived bias that often contributes to controversy or tragedy, more than 20 South Florida law enforcement officers gathered recently in West Palm Beach for officers-only training in “Fair and Impartial Policing: A Science-Based Approach.”

“This is very necessary. It’s bridging the gap between citizens and the police,” said Michael Nicholson, a Jupiter police officer.

The two-and-a-half-day workshops took place July 29-31 at the Central Training Facility of the Palm Beach County Sheriff Office (PBSO). The sessions were the latest of 11 designed to help police officers and community members learn how unconscious or implicit bias can affect how people see each other, and how they act.

All humans do this, the workshop presenters said, and aren’t necessarily bad people because of it. An explicit bias is an intentional and controllable judgment made towards a person or a group.

“This teaches about implicit bias that as human beings we all have,” said PBSO Deputy Pierre Rouzeau, a community policing instructor, and a member in the crime prevention unit.

“We’re police officers and we are also human beings,” he added. “It’s important for us to be aware of our own bias. Here you can learn what can hurt you, how you develop these stereotypes based on implicit biases, and how it can negatively affect your policing in the community.”

Dr. Lorie Fridell, a national expert on fair and impartial policing, and former director of research at the Police Executive Research Forum, developed the program along with Anna T. Laszlo, a director of national criminal justice and law enforcement training/ technical assistance programs.

The “Train-the-Trainer Program” was hosted by PBSO and the Catalyst for Justice group. PBSO provided funding and opened its doors for the program.

“I looked at the training, it had purpose, it had value, and so we wanted to engage our agency and move forward,” said PBSO Chief Deputy Michael E. Gauger, a longtime veteran in law enforcement who also has a master’s degree in social work.

The organizational perspective of the training was for the officers to learn how to better serve their communities while preventing litigation and liability.

“A lot of policemen have had bad experiences with a member of the community,” said Gauger, “and because of that one member, should they hold all members accountable? There’s bias in the community, both implicit and explicit, and there’s bias in police too. It’s a very difficult and sensitive line that we have to walk every day.”

Ultimately, community members will decide whether such training will make a difference in their lives, and in the types of cases that have raised controversy around the nation and here in Palm Beach County.