Not your ordinary chicken salad 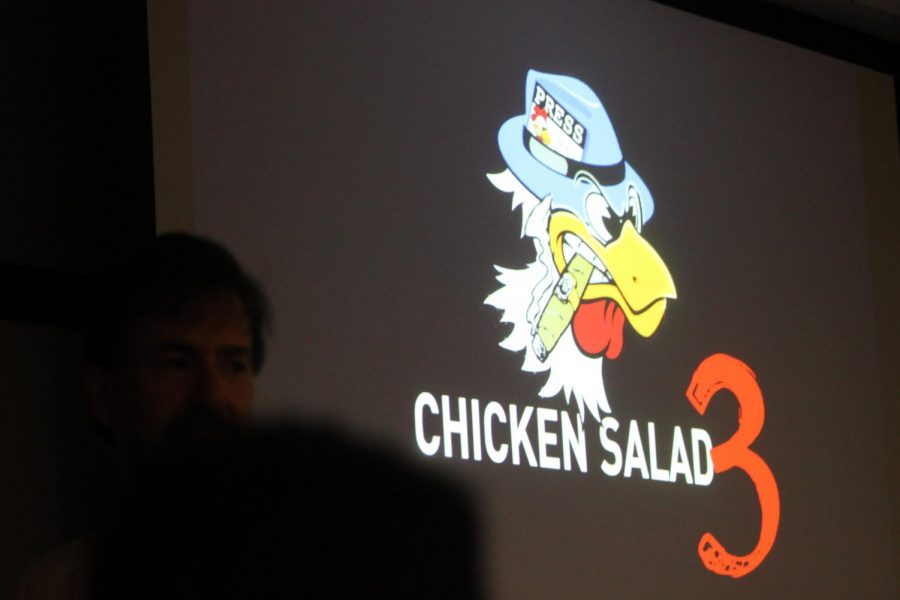 During one of the presentations during the Florida Scholastic Press Association District 7 Conference titled “Chicken Salad 3,”  Michael Koretzky, a journalist from the Sun Sentinel,  demonstrated to student journalists from schools across South Florida how to improve upon their school newspapers.

“We’re going to gut a half-dozen student newspapers,” Koretzky said before the Nov. 10 presentation. “We’ll rip apart their front pages and redesign everything — including the name of the paper. We’ll rewrite every headline and every lead. Seriously, it’ll be a bloodbath. Don’t like what you see? Make a compelling counter-argument and win cold hard cash.”

He proceeded to dismantle student newspapers and redesigned them, showing what can be improved among the publications.

Koretzky brought up an issue students face in which they feel their story isn’t interesting and in turn, the student doesn’t try to make the story interesting.

“I liked that he made us realize how we can make our stories more interesting,” Eugene said, “not just to ourselves, but to other people as well.”