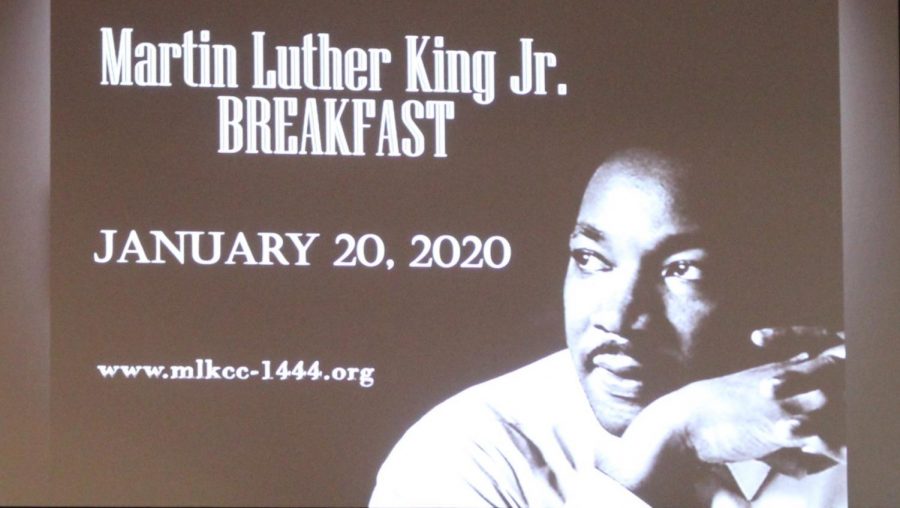 I HAVE A DREAM: Advanced journalism students attended the 39th Annual Martin Luther King Jr. Scholarship Breakfast, where influential figures throughout Palm Beach County were in attendance, as well as students around West Palm Beach whom received awards for their contributions.

In programs handed out to guests, the Martin Luther King, Jr. Coordinating Committee said its primary reason for hosting the annual event is to “salute the legacy of black achievement… In an effort to continue this legacy, the committee provides an opportunity for students in cultural events. These multi-ethnic, family oriented activities motivate students, enrich their lives, and launch them toward a career in many areas of interest. They do this with the support of their families and the community.

“Family is an important component of all activities sponsored by committee, . Our programs are designed to assist with: dropout prevention, promoting anti- drug awareness, promoting love, peace, harmony, leadership and emphasizing anti- violence,” the program continued.

The event began with singing of the national Anthem by Janise Tucker and “Lift Every Voice and Sing” led by the Rev. Gewanda Parker.

Riviera Beach native and keynote speaker Yvette Miley, senior vice president of MSNBC and NBC News, told the audience about her challenges growing up and how she overcame them to get where she is today. She acknowledged one of her biggest influences,  her former teacher Dr. Gerald Burke, who was in the audience.

After awards were presented to students, Oratorical Contest winner Shanaleen Camy delivered an address that earned her a standing ovation.

Edith C. Bush, executive director of the Martin Luther King, Jr. Coordinating Committee, added additional award presentations and acknowledgments before the event concluded and members of the audience posed for photos with the dignataries and  Miley.

Outside the ballroom, local vendors sold things such as jewelry, hats, and fragrances.