The development of Journalism

The history of Journalism 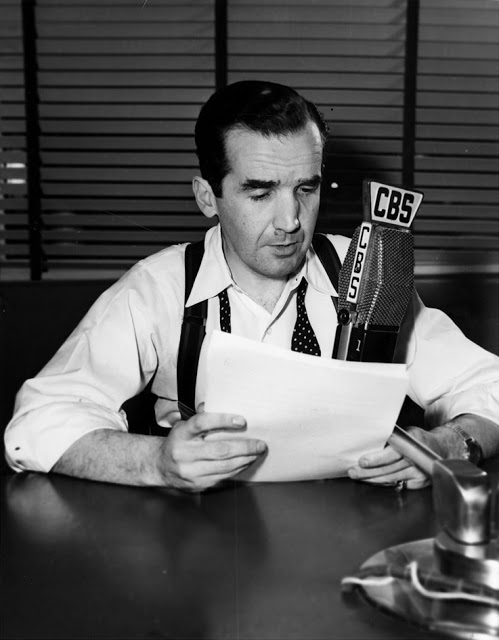 Edward R. Murrow. He advanced many strategies associated with newsgathering for broadcast. Murrow’s decency, and desire to go up against the “powers that be” was the peak of his career. In his time he was a big influence to the public.

American radio and television news broadcaster Edward R. Murrow gave eyewitness coverage of WWII for CBS and helped develop journalism for mass media. He joined the Columbia Broadcasting System (CBS) in 1935 and was sent to London in 1937 to lead the network’s European Bureau. Murrow’s eyewitness report of the German occupation of Austria and the Munich Conference in 1938; the German takeover of Czechoslovakia in 1939; and the Battle of Britain throughout World War II brought him national fame and marked radio journalism’s coming of age. After the war, Murrow became CBS’ vice president. Edward and Fred Friendly, they produced Hear It Now, an authoritative hour-long weekly news digest, and moved onto television with a comparable series, called  See It Now, which created disagreement with the exposé of Joesph McCarthy. (biography.com,britannica.com)