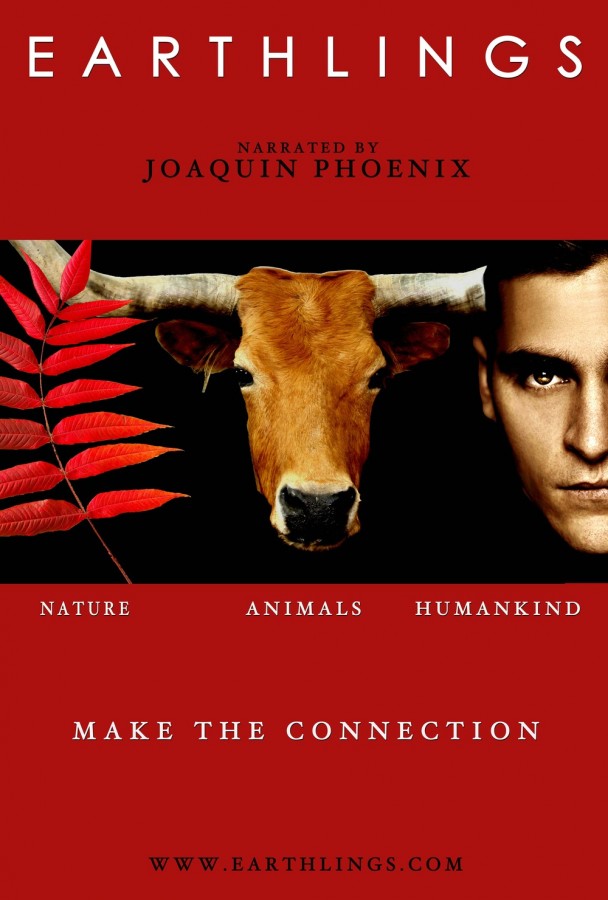 Earthlings are inhabitants of Earth. We all live on Earth, therefore we are all earthlings. There is no racism, no sexism, or speciesism. Everything on Earth is an earthling.

The documentary Earthlings produced by Shaun Monson, Brett Harrelson, Maggie Q, and Persia White, explains how all animals are earthlings just like humans.

It first aired in 2005 and quickly became one of the most popular veganism movies made.

The documentary gives us an inside look at how animals are used for our food, fashion and entertainment. It shows everything from bacon to leather shoes to circus acts.

Although the movie shows how animals are killed, tortured and used for entertainment by humans, it never becomes “preachy.”

The documentary does not try to convince the viewer to believe anything. It simply provides information.

It points out that the reason many people don’t know where their food or clothes come from or how a seal can balance a ball on its nose, is because humans would rather live in ignorance than feel guilt.

The documentary shows animal abuse in places where we thought it didn’t exist.

For example, it shows that circus acts such as elephants that can walk on two feet, and monkeys that do acrobatics, are not motivated by positive remedies such as treats and encouraging words such as “good boy,” but are motivated by the fear of getting hit by their trainers.

The documentary shows actual footage of animals such as cows, dogs, cats, chickens, whales, and many others being abused and killed.

I would not recommend letting younger children watch the documentary because of the graphic images, but I do think that watching this film can be very informative for appropriate audiences.

The film provides information about the way animals are treated in our world. Being vegan myself, I feel that this film can only highlight the need for animal awareness.

If we know how the things we eat, use and see everyday are produced, it creates a bigger picture.

It also shows people that it is no longer just a hamburger, it is the unfair treatment and murder of a cow.

It is no longer a new fur coat, it is the skin of tortured foxes and wolves.

This documentary is not just a movie. It is a movement for animal equality.