A spotlight on "Spotlight". 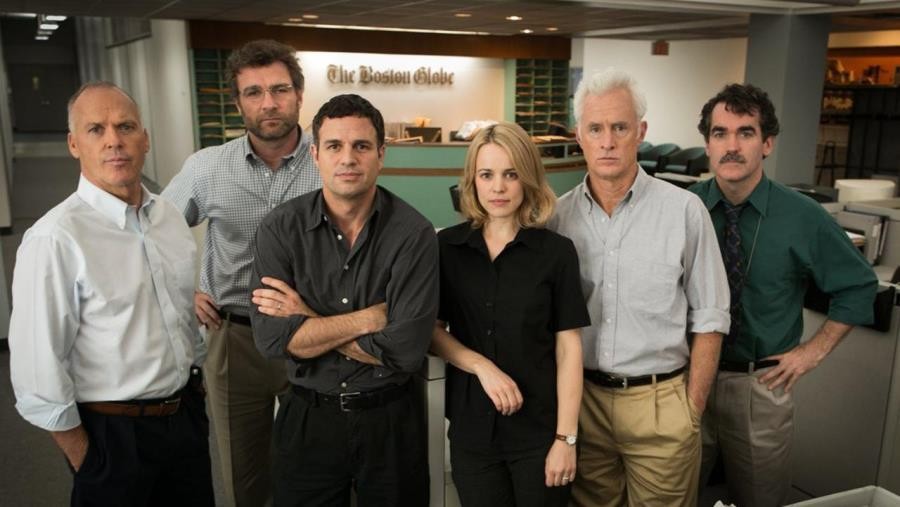 Fifteen years ago a team of reporters strove to unveil atrocities committed in their city by those trusted most and we are still seeing the effects of this today. “It takes a village to raise a child and a village to abuse one,” is an iconic quote from Mitchell Garabedian, a Boston lawyer who focuses on victims and survivors of sexual abuse, and provides insight on the horrors displayed in the Spotlight.

Spotlight is a film following the Spotlight team of The Boston Globe in 2001 and their new editor Marty Baron as they unfold sexual abuse cases committed by Catholic priests and try to reveal to a corruption of the Catholic church in Boston with the help of Garabedian. The Spotlight group consisted of three reporters Sacha Phieffer (Rachel McAdams), Mike Rezendes (Mark Rufflalo) and Matt Carroll (Brian D’Arcy James) and their editor Robby Robinson (Mike Keaton) and was beautifully played by these actors in the two hours and 20-minute film.

Spotlight magnificently showcases the journalistic environment in where the movie is centered and displays this story in a raw and mature form of art. The actors never allow viewers to see the cast of actors as they truly become the characters and take their personalities and mold them into theirs. For example, the scenes in where the reporters are interviewing the sexually abused victims were as if the actors experienced the level of shame, confusion, and dehumanization actual victims went through. The movie never crossed the line except that it displays what happened during this case in a raw and fabricated way that alerts and is enticing to its audience.

Spotlight is an amazing film that should be seen by everyone. Although it should be noted that this movie provides the untampered description of what was discovered by the Spotlight team and may not be the best film for those looking for the “watered down” Hollywood version. Overall, Spotlight is truly the best journalism movie I have ever seen.